Mitu Monteiro, former wave-riding World Champion, crossed the Archipelago of Cape Verde with only his kite and a surfboard.
The project, sponsored by Red Bull, allowed him to cover 740 kilometres completely solo.
A lifetime challenge for him that made the Cape Verdean people proud of this young talented guy. 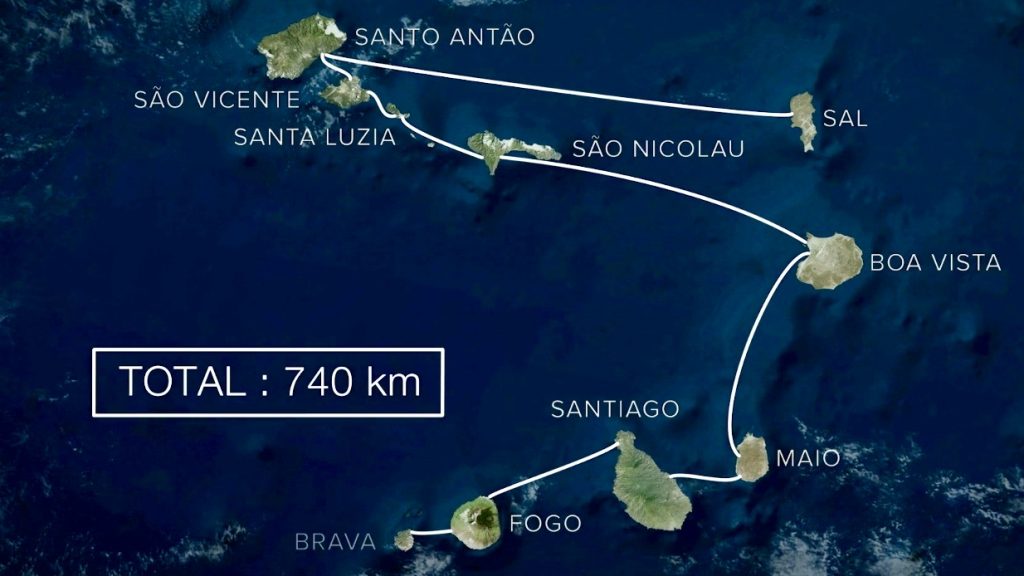 One year of planning, analysis, travelling, physical and mental training to be ready to face any adversity or uncomfortable situation.
Thanks to this great project, Mitu had the opportunity to discover all the Cape Verdean islands.

Spot evaluation is essential in kitesurfing, so he went to visit each island before starting the challenge.
Nothing was left to chance: wind direction, obstacles, currents, and any unexpected had to be studied and planned.

The original idea was to split the trip into two parts and take a flight after crossing the first group of islands. But it was not possible.

To make a new record, Mitu should have crossed the islands pulled only by his kite, riding a strapless board.

Boarding any boat or plane would have made him lose the opportunity to complete the mission.

As a support, only a boat led by a local captain was allowed to follow him and carry the video troupe. 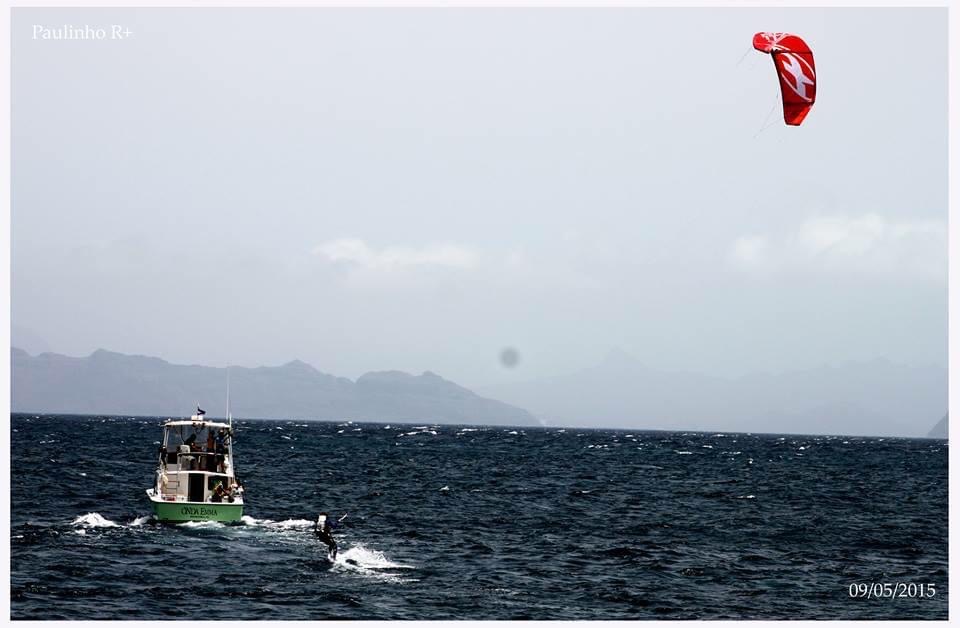 He left at 5 in the morning from Palmeira harbour, in Sal. His wife Nicole, with their little son Michael, was there to encourage him until the last second before starting this epic adventure.

From now on, he would have been alone with himself. A strong and long work of mental and athletic preparation would have led him to overcome any possible crisis.

On the first way of this trip, the adrenaline overshadowed everything else such that, during the crossing, he passed close to a huge marlin without realizing it.

Mitu started the trip with a 12 meters kite due to very light wind conditions. The main concern was to arrive before sunset as the wind might have completely dropped.
Unexpectedly, in the channel between Santo Antao and Sao Vicente, the wind was too strong so he struggled to handle an overpowered kite.

Eight hours and 236 kilometres later, he finally reached the mainland, Mitu was exhausted and affected by leg cramps. He was barely able to walk.

Looking for a place to rest, he met a local fisherman who supposed he was coming from the nearest island. When Mitu told him he left Sal at sunrise, the man laughed thinking it was a joke and left. 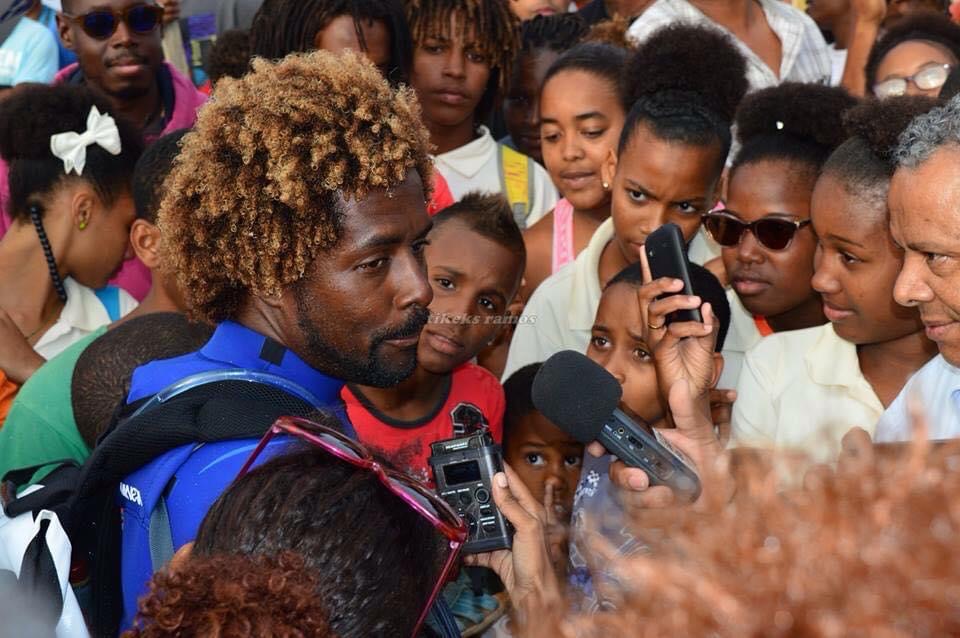 The intention was not to make public the event, but this became impossible since the tv news started talking about it and followed him on each step of the trip.

And so, when he met the fisherman again, the man was surprised and incredulous after hearing about the epic challenge. He knew the power of the ocean and he wanted to congratulate Mitu for his courage. He wished him luck and prayed for him.

Mitu and the fishermen have a special connection. Both deeply know, love and challenge the sea, always respecting his supremacy.

Most of Cape Verdean have relatives and friends living on other islands.
This is how, the day after Mitu met an old friend, who lent him a bike to cross the island.

Also called the Windward Islands, they are the northern islands group of the archipelago.

In addition to the already visited Sal and Santo Antão, they are São Vicente, Santa Luzia, São Nicolau and Boavista. Off to the coast of Santa Luzia, there are two small and uninhabited islets called Ilhéu Raso and Ilhéu Branco. 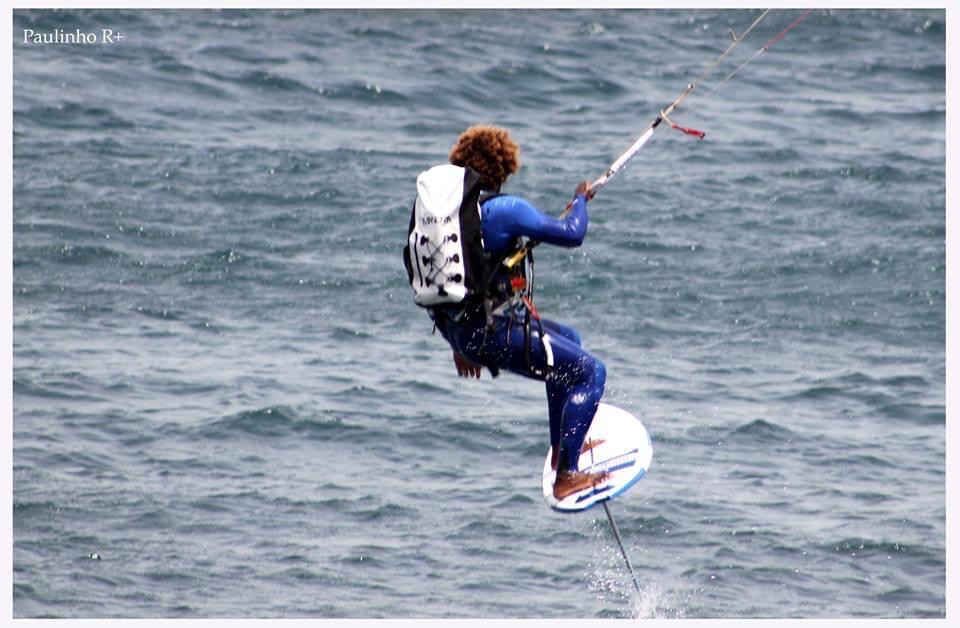 Mitu set the foil under the surfboard for this crossing.

Once arrived at the destination, Cape Verde’s number one carnival celebration was taking place in Mindelo and its streets were hit by Mandingas

As a tribute to ethnic groups from west African countries, Mandingas paint their bodies and dressed as warriors.

The morning after Mitu left to continue his journey that would have led him to São Nicolau, but first, he made a quick stop at Santa Luzia.

Here he joined the team of the Biosphere Project which is involved in the conservation and monitoring of sea turtles and marine animals.

At the destination, he met his aunt who was happy to see him but she didn’t lose the chance to express her worries about this adventure. In her sleepless night, she was praying for him to make him accomplish his goal and came back home safe and sound. 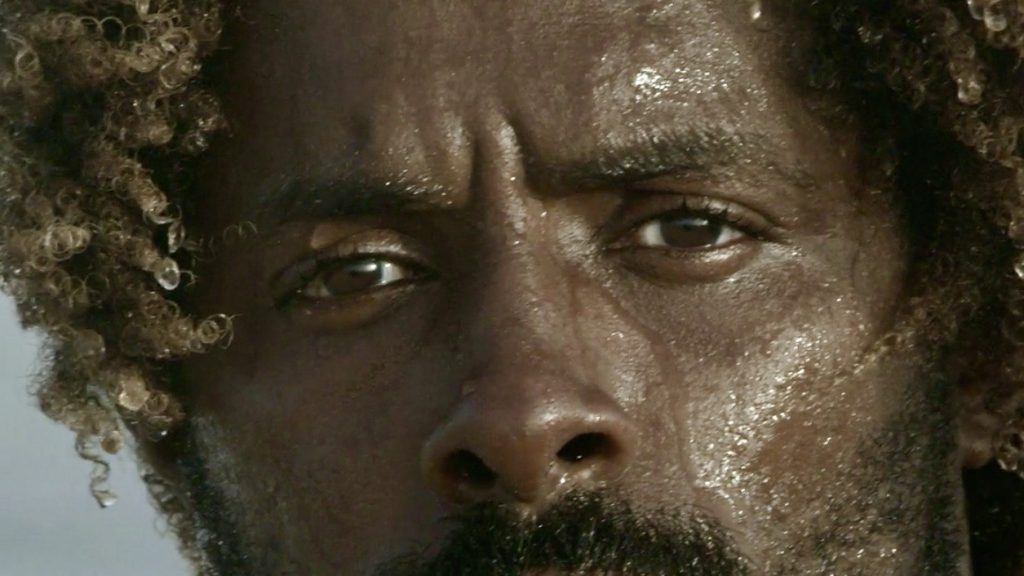 The departure from Sao Nicolau was harder than expected, he left from a small harbour used by fishermen. The wind was very light so he decided to set the foil under his surfboard again. During the island crossing wind dropped, the kite fell into the water and any attempt to relaunch it was a failure.

Every rider’s nightmare came true: Mitu had to wait 45 minutes at the mercy of the sea.

An uneasy feeling started to overtake his mind, the fear of the sea and his hidden animals made him unstable.

Like in the worst horror movie, Mitu thought that a giant underwater creature was looking up at him

For the first time, he considered the idea of giving up and getting on the boat. This would have meant losing any chance to carry out the challenge.

After a brief moment of panic, he remembered what he learned during the mental training: breathing and patience made him find the focus again.

The wind increased and Mitu, happier than ever, managed to relaunch the kite and continue

The worst was over.

But after 20 minutes the wind dropped again and he decided to not wait and set up a 17 sq meters kite. During the gear change, the lines got tangled in the engine propeller and the support boat started to go adrift.

There was no other solution than diving and cutting the lines. He had to change the bar as well.

Mitu was too downwind now, so the easiest solution was to go out to Santa Monica beach. Anyways, he knew that the TV announced his arrival at another beach, and a lot of people were already there waiting for him. He had no intention to miss the appointment. 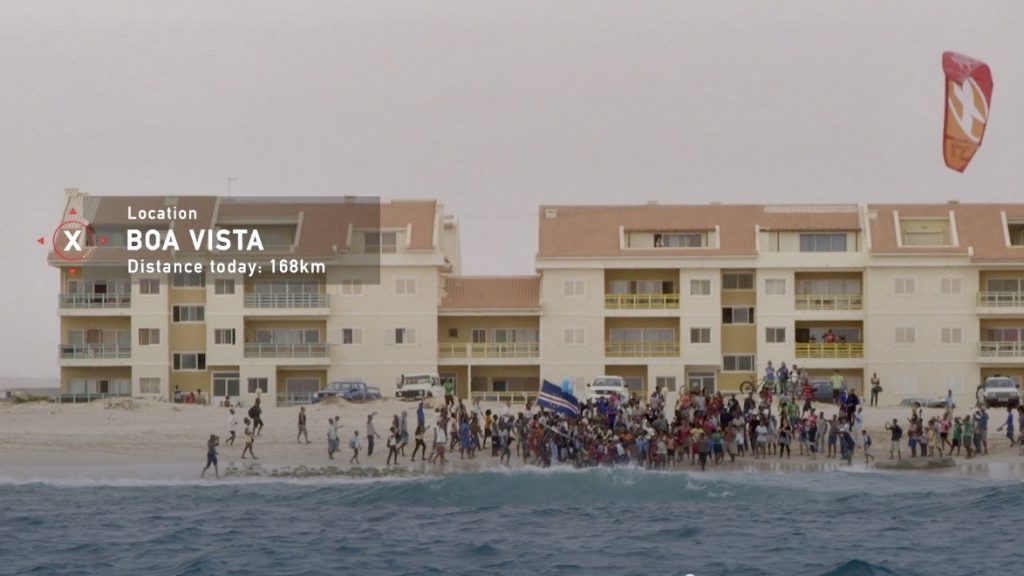 He was not alone anymore in this epic adventure.

The cape Verdean people were with him and Mitu did not want to disappoint them.

Even if tired, he extended the way and sailed upwind to get back on the course.

Mitu saw Tina in the crowd, his second mum. As his aunt, she was extremely worried about this challenge and she told him that his trip was too risky, too dangerous.

Boa Vista is the closest island to Sal so Djo, a close friend of Mitu, joined him to go together to Maio.

The adverse conditions forced Djo to give up and come back to Sal by boat. Mitu had no other choice: the adventure had to keep going on. 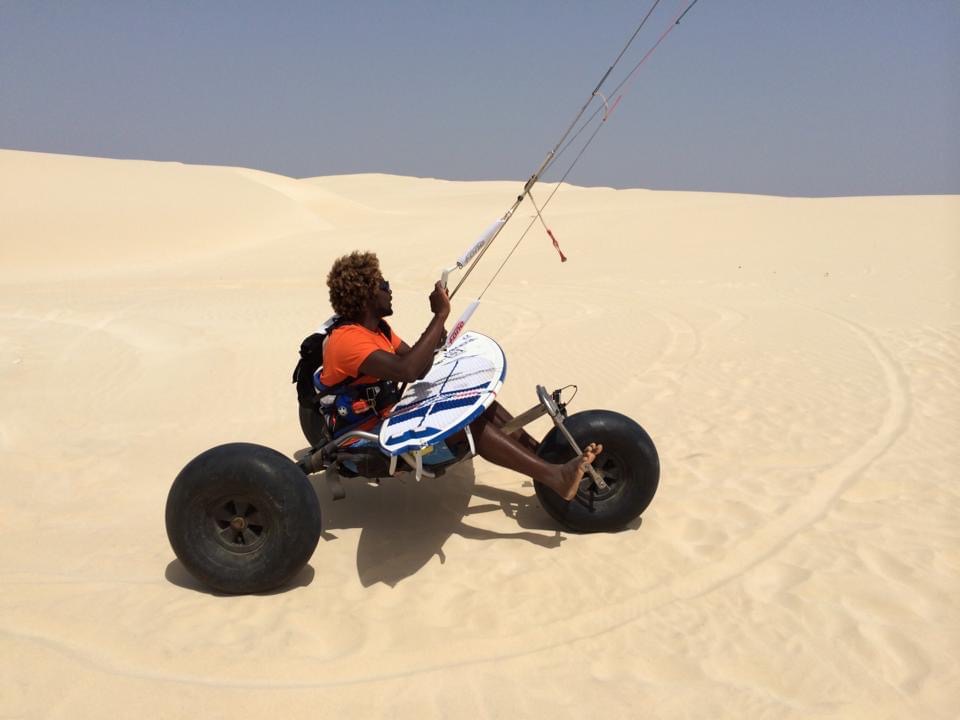 The combination of light wind, hot temperature and strong current make this crossing with the foil very hard.

He got sunstroke and, as soon as he reached Maio island, his body shut down such that he threw it up.

The second down arrived. Now more than ever Mitu was close to giving up.

After a bad moment, he began to see things clearly: he trained mentally and psychologically, and yoga and meditation helped him to take back.

Curious children, surprised by this flying kite, got close to him to try it and Mitu couldn’t say no. Tiredness and frustration suddenly disappeared to make room for a moment of fun and joy. 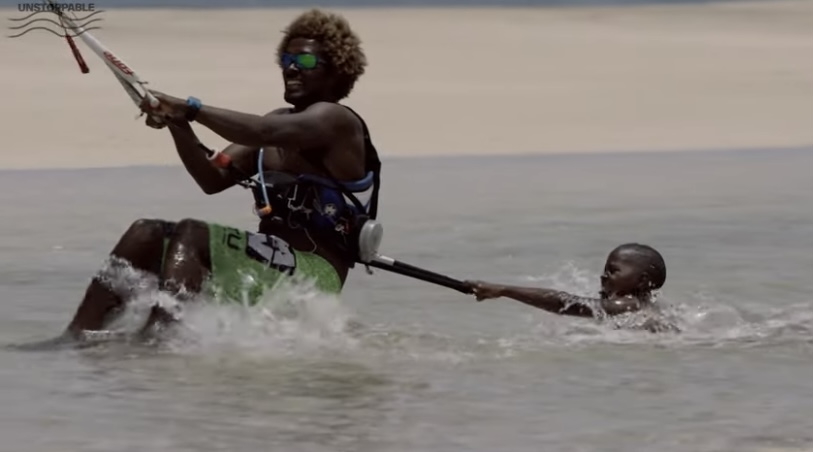 Mitu could see the light at the end of the tunnel, he was closer to accomplishing his dream. This one was a short and easy trip.

Once reached the destination, the wind was not enough to leave so he could enjoy a couple of days of break.

Some months before this Adventure, a ferry sank off Fogo Island and the accident caused many deaths so the local captains were afraid to sail around that wavy area.

Mitu almost made it. One last effort was needed. Only a big swell separated him from the mainland.

Fogo reaches the highest altitude of all the islands in Cape Verde, rising to 2,829 meters above sea level at the summit of its active volcano.
Mitu could not miss the opportunity to go trekking and feel the energy of this huge mountain. 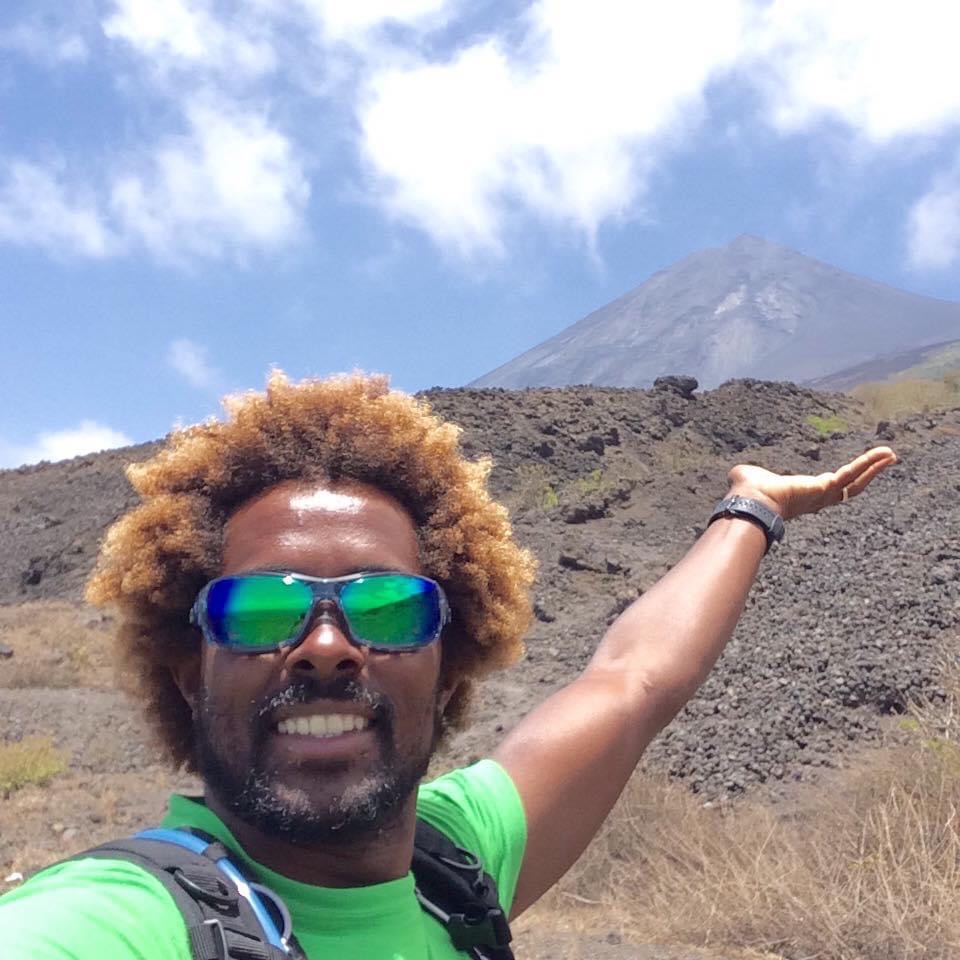 It was the most beautiful trip of this Epic Adventure as it was the last one. The success was closer than ever.

The arrival was unforgettable: it looked like a National Day!

He had re-experienced the feeling lived when he came back to Cape Verde as a World Champion: both young and old, everybody was cheering up and acclaimed him.

Do you remember when I said that Mitu and the fishermen have a special bond? It looks like they appear to him to transmit invaluable teachings.

Upon his arrival in Brava, a fisherman gave him a fish as a present to thank him for reaching there.

That fish was a big present for Mitu. He knows the efforts required to come back to the mainland, after a night of fishing tossed to and fro by e waves, with the precious spoils that can feed a whole family. 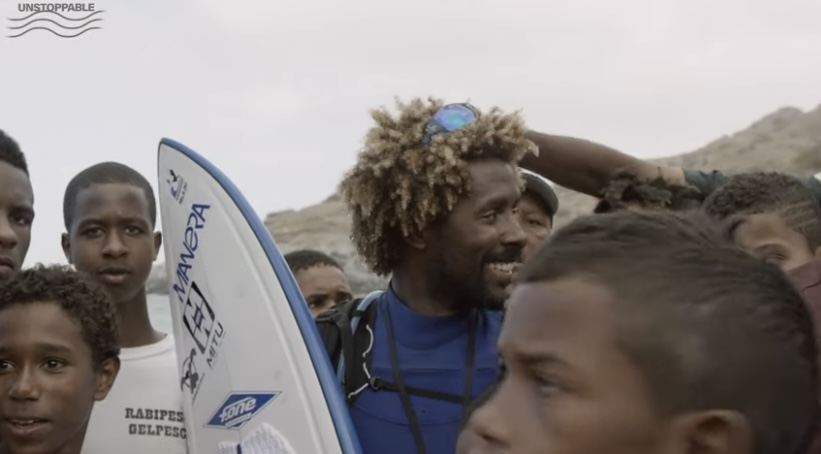 He was not alone anymore

A great journey made by ups and downs that he could overcome only thanks to the right mindset.

Mitu has never had big sponsors from Cape Verde but he firmly believes that he received the biggest support from the Cape Verdean people.

This epic adventure was no longer a challenge to himself, day by day, it became a commitment to make his people proud and to thank everyone that supported him. 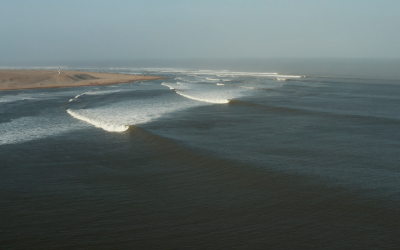 Pacasmayo: The Longest Wave of the World

Are you looking for the longest kiteble wave in the world? Your dream has come true: a perfect swell set one kilometre... 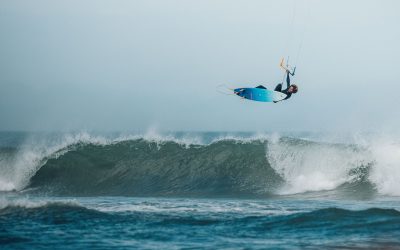 From Life’s Adversities to Adversaries

FROM ZERO TO HERO Mitu Monteiro - The man who pushed the boundaries and succeeded in reaching the highest step of the... 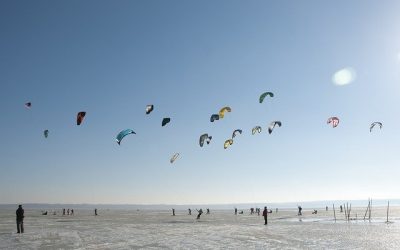 How long does it take to learn to kitesurf?

This is a question that everyone asks before approaching this sport. Please find in this article all the answer that...